As most if not all of you already know, SharePoint 2013 and Office 2013 has been released to preview/beta and is available for download from Microsoft’s download centers. In this article I will briefly introduce some exciting changes that has been made to the SharePoint 2013 Business Connectivity Services framework. I’ve written a bunch of articles on BCS for SharePoint 2010, and now it’s time to continue that track and introduce the new features available in SharePoint 2013.

Please note that this article is written for SharePoint 2013 Preview, and for the final version of SharePoint some details may have changed

In this article we’ll be taking a further look on the new Business Connectivity Services changes and additions in SharePoint 2013. I want to take a quick look and introduce how REST (Representational State Transfer) can be used and also how the Client Object Model can be utilized to communicate with your External Lists and BCS Entities.

So without further delays, let’s dig into the fantastic world of BCS and CSA (Client Side Awesomeness).

[blockquote]Important: The project type in this project, as mentioned in the post where we started building our sample, is a SharePoint-hosted app.[/blockquote]

Utilizing REST in BCS in your SharePoint 2013 environments isn’t really that big of a deal. It’s pretty straight forward. The first thing you should do is take a look at the following link which references the MSDN article about getting started with REST in SharePoint 2013.

So now that we know that REST is all about, we’re going to look at some code that will utilize REST to retrieve some data. In this sample I’ll continue to build on the solution I created in the previous article.

When our first snippet of code will be done, it’ll look something like this where our (in this case) App (page) is loaded: 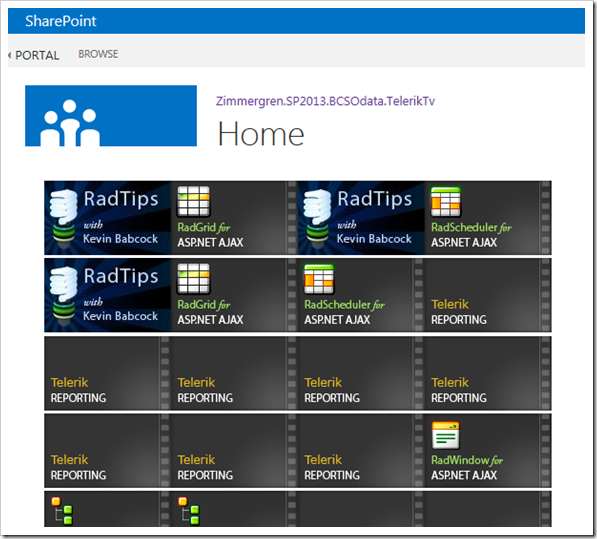 So what the code will do is to pull out the images and links for the videos in the Telerik.Tv OData data source that we created in the previous article, and we’ll be doing this using the REST API’s.

In one big snippet, here’s what the REST call looks like in my App.js:

As you can see in the aforementioned code snippet, the calls to the REST API’s are pretty straight forward and I’m only making a quick call to fetch the data asynchronously using the $.getJSON() method.

Lets break it down in sections..

(Optionally, you can put this code-block in the actual App.js file as well if you’d like – it’s up to you)

When SharePoint is done loading all the required stuff that it needs to function (sp.js), this method is executed. In this sample, I’m making a simple JSON call to the REST API using the syntax http://url/_api/lists/getbytitle(‘ListTitle’)/items which will get all list items in the list named Video:

We’re executing the onSuccessfullJSONCall() when our previous call is successful, and it’ll basically just parse the JSON result and push the items out in a simple HTML structure:

In case the request failed, we’ll be handling that somehow in this method. In this case we’ll just be printing out the error message very quickly to the user:

In this article we took a very quick look at how to get that first REST call working with SharePoint 2013 against our External List called “video”. With the returned result in JSON, we’re parsing it out and simply rendering the result in a more reader-friendly manner as pictures in a simple HTML grid.

So that’ll be it for the REST calls for now. It should get you started and set-up for creating a very simple application that utilizes REST for retrieving data from SharePoint.

More details on working with the REST API’s in SharePoint 2013 will follow later, including how to perform cross-domain queries. 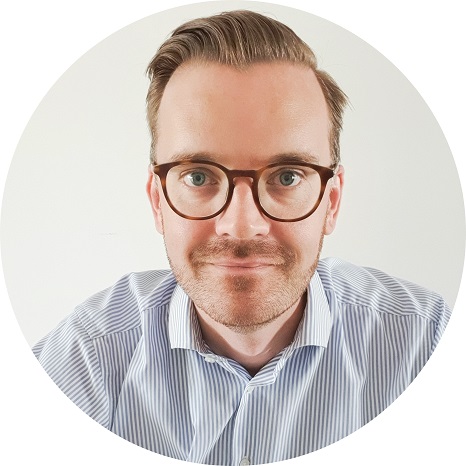 Read more about me. 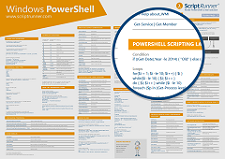 Get the Container Instances usage in an Azure subscription